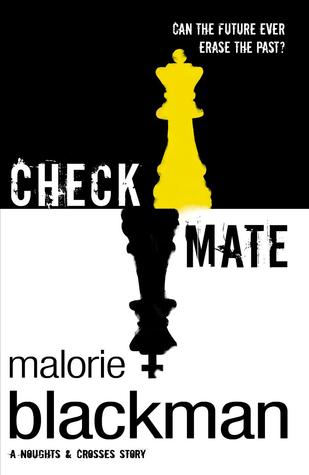 Can the future ever erase the past? Rose has a Cross mother and a nought father in a society where the pale-skinned noughts are treated as inferiors and those with dual heritage face a life-long battle against deep-rooted prejudices. Sephy, her mother, has told Rose virtually nothing about her father, but as Rose grows into a young adult, she unexpectedly discovers the truth about her parentage and becomes determined to find out more. But her father’s family has a complicated history – one tied up with the fight for equality for the nought population. And as Rose takes her first steps away from Sephy and into this world, she finds herself drawn inexorably into more and more danger. Suddenly it’s a game of very high stakes that can only have one winner . . .

I’ve said it before, I’ll say it again, it’s so hard to review books in a series. I’m not one for spoilers, so I try to really make it obvious if there’s going to be a spoiler. The trouble with this series is that it’s so damn good I want to speak about it, but I would HATE to spoil it for others. So, as per usual with this series, I’m going to be wonderfully vague. (I apologise!)

Checkmate is the third book in the Noughts and Crosses series. It follows Sephy and Callum’s daughter, Callie Rose,  as she grows up and learns about her past. Callie Rose meets her Uncle Jude who is still bad news although Callie Rose isn’t aware of this yet… It is narrated in a similar manner albeit with different characters as the rest of the series. Alternating chapters are narrated by different characters. It still works for me. I love reading from different points of views. It keeps it fresh and exciting.

I really liked how Malorie Blackman explored the difficulty individuals can have growing up as mixed race. The prejudice that is explored in the previous books continues to be identified. I particularly like how it was portrayed with Callie Rose who was experiencing prejudice from both sides, making her feel very confused about her place in the world. Alongside the family secrets, Callie Rose is an incredibly confused character who doesn’t make the best decisions.

I don’t think this book had as much of an emotional impact on me as Noughts and Crosses and Knife Edge did, but it is still a powerful read which answers questions. I’m reading Double Cross very soon and I’m excited to see how it is all brought together.

Yet another good book in an incredibly well written series!