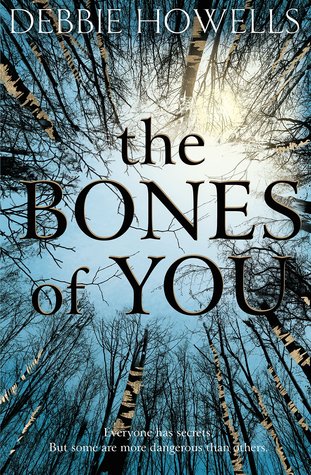 How did I get it?:
I received it from Pan Macmillan- many thanks to them!

I have a gardener’s inherent belief in the natural order of things. Soft-petalled flowers that go to seed. The resolute passage of the seasons. Swallows that fly thousands of miles to follow the eternal summer.

Children who don’t die before their parents.

A community in shock

When eighteen-year-old Rosie Anderson disappears, the idyllic village where she lived will never be the same again. Local gardener Kate is struck with guilt. She’d come to know Rosie well, and thought she understood her – perhaps better even than Rosie’s own mother.

Rosie was beautiful, kind and gentle. She came from a loving family and she had her whole life ahead of her. Who could possibly want to harm her? And why?

A keeper of secrets

Kate is convinced the police are missing something. She’s certain that someone in the village knows more than they’re letting on. As the investigation deepens, so does Kate’s obsession with solving the mystery of what happened to Rosie.

I thought the synopsis of this book was incredibly intriguing, so when I was approached to read and review a copy, I jumped at the chance. The Bones of You is a decent pyschological thriller, which doesn’t take long to read once you get into it. I thought it started quite slowly, but once I was into it, I couldn’t put it down.

The Bones of You centres around Kate and Rosie and it is told from both of their perspectives. The story starts with a phonecall to Kate, who finds out that someone’s daughter Rosie has gone missing. Kate had got to know Rosie recently, after Rosie loved Kate’s horses. Rosie is a quiet, ‘good’ girl so her disappearance is totally out of character. Everyone hopes that Rosie will return home soon. The Bones of You looks at what goes on behind closed doors and how things aren’t always as perfect as they might seem!

I thought the characters were interesting and I really enjoyed the dual narration. I can totally see why it has been compared to The Lovely Bones. I think The Bones of You is a good read in its own right though.

The Bones of You is definitely more of a thriller/mystery than anything else. It concentrates on family, specifically how complex they can be. This book isn’t as fast paced as other books in the genre, but I was never bored with it. I had an inkling around halfway through about what had happened to Rosie. I was right, but my enjoyment of the story wasn’t affected because of it!

A decent pyschological thriller. It’s a slow burning book, but a book that’s well worth reading!

4 thoughts on “The Bones of You”