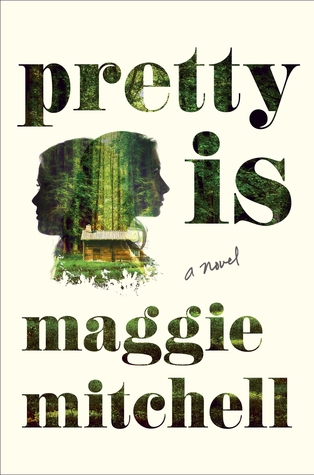 How did I get it?:
I received it from Orion. Many thanks to them!

The summer precocious Lois and pretty Carly May were twelve years old, they were kidnapped, driven across the country, and held in a cabin in the woods for two months by a charismatic stranger. Nearly twenty years later, Lois has become a professor, teaching British literature at a small college in upstate New York, and Carly May is an actress in Los Angeles, drinking too much and struggling to revive her career. When a movie with a shockingly familiar plot draws the two women together once more, they must face the public exposure of their secret history and confront the dark longings and unspeakable truths that haunt them still.

I was sent a copy of Pretty Is a few months ago and thought it sounded like an incredibly intriguing pyschological thriller. I’m really into thrillers and the synopsis of this book captured my attention straight away. Pretty Is is a decent read which doesn’t take long to get into. I personally would’ve liked the plot to have been a bit more fast paced, but it was totally enjoyable nevertheless and I’d certainly recommend reading it if you’re particularly interested in the genre.

Pretty Is centres around two twelve year old girls who are kidnapped and rescued over a month later. It follows their story after their kidnap and a little of the time just before. At the start of the story, I wasn’t sure I was going to like the girls. I’m not sure if I ever really did. They came across as incredibly precocious, and although I felt sorry for them, it was hard to really connect with them.

I did like how the story filled in the back story and also explored the girls future. After they were rescued, the girls grew up to be very different people and live different lives. It was interesting to read the dual narrative and begin to get some answers. The only reason I didn’t rate this book any higher was because I felt like it left a lot of unanswered questions and I am one for resolution in my stories.

I was impressed with Maggie Mitchell’s debut novel and I’d definitely read another book by her in the future!

4 thoughts on “Pretty Is”