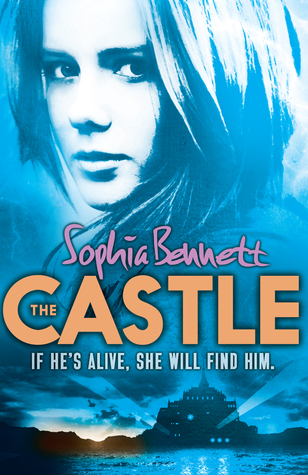 It’s not just the bridesmaid’s dress that Peta has a problem with – it’s the whole wedding. How can her mum remarry when her army-hero dad isn’t dead? When Peta receives clues that seem to prove he’s alive, she sets out on a crazy mission. Somewhere across the sea, her father’s being held in a billionaire’s castle. Dad would do anything to save her – and now it’s her turn to rescue him.

It had been a while since I picked up a Sophia Bennett book. I’ve had The Castle on my TBR list for ages now and decided it was finally time to pick it up! Whilst it wasn’t my favourite book of Sophia’s, I thought it was enjoyable and it captured my attention. It is a fast-paced read which has a mix of adventure, action and secrets.

The Castle centres around Peta Jones. It starts with Peta being a bridesmaid at her mother’s wedding. However, Peta doesn’t believe that her father died in a car bomb blast. She is convinced he is still alive. She is put in therapy to ‘help’ her get rid of these thoughts. Peta is convinced her father is still alive, especially when a kitten arrives on her birthday. A strange phone call leads Peta to an island where she soon discovers a lot of secrets.

This book felt completely different to the other two books I’ve read from Sophia Bennett. It was a good different though. I like it when an author isn’t pigeon-holed into one genre or an ‘expected’ plot for each of their releases. I am really looking forward to reading Love Song which I hear is incredible!

An action packed story, well worth exploring if you love YA!

2 thoughts on “The Castle”