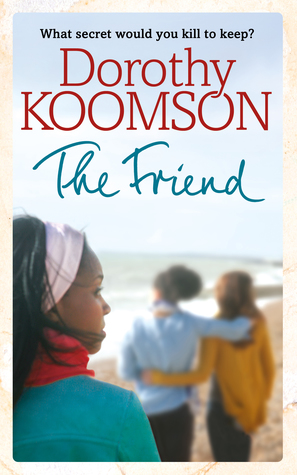 What secrets would you kill to keep?

After her husband’s big promotion, Cece Solarin arrives in Brighton with their three children, ready to start afresh. But their new neighbourhood has a deadly secret.

Three weeks earlier, Yvonne, a very popular parent, was almost murdered in the grounds of the local school – the same school where Cece has unwittingly enrolled her children.

Already anxious about making friends when the parents seem so cliquey, Cece is now also worried about her children’s safety. By chance she meets Maxie, Anaya and Hazel, three very different school mothers who make her feel welcome and reassure her about her new life.

That is until Cece discovers the police believe one of her new friends tried to kill Yvonne. Reluctant to spy on her friends but determined to discover the truth, Cece must uncover the potential murderer before they strike again . . .

I am a long time fan of Dorothy Koomson’s books, way before my book blogging days. I have thoroughly enjoyed reading her books. They do tend to be long, but with such complex characters and gripping plots. I know I can’t go wrong with a Dorothy Koomson book. Whilst her most recent release isn’t my favourite of hers, it is still deeply intriguing and quick to read.

It centres around Cece who has moved her family from London to Brighton to support her husband’s career. She has given up her job, her home and her friends. She has to build a new life surrounded by strangers. As a reader, we learn that there has been an attack at Cece’s children’s new school that leaves a parent in a coma. The police have no idea who could be responsible for the attack. Cece recognises there are some mothers acting very oddly. Cece is welcomed into their group but she soon finds out they’re all hiding information…

As expected with a Dorothy Koomson book, the storyline is fantastic. I kept thinking that I had a character all worked out and then something would be thrown into the mix and I’d start questioning myself once more. I thought the plot twists were so well thought out. Dorothy Koomson really is a master of story telling. I was captured by the story and didn’t want to put it down! It was a little slow to start with which is the only reason why I haven’t given it the full five star treatment!

Would I recommend it?
Of course!

A gripping read by one of my favourite authors!

2 thoughts on “The Friend”