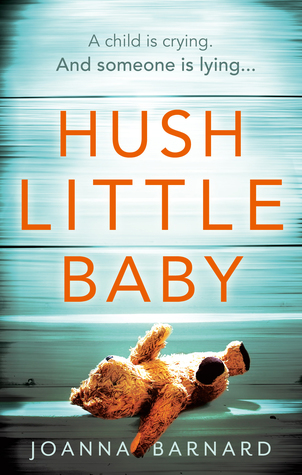 When baby Oliver breaks his arm, no-one can (or will) say how it happened.

His mother is exhausted.

His father is angry.

His older sister is resentful.

And they all have something to hide…

My sister and fellow book blogger, Beth, thought I’d enjoy this book, so I decided to give it a go. I knew it was going to be a page turner. It certainly was. I found it completely addictive to read.

It centres around the events after baby Oliver broke his arm. No one will say what happened to him. His mother had been on a night out and come back quite drunk. Oliver’s father is angry. The sister is very resentful. The thing is everyone is hiding something. This starts quite the story…

I loved how the narration was by the mother, father and the sister. They really come across as a dysfunctional family. There’s been infidelity, eating disorders, post-natal depression…they’re a family where anyone could be guilty of hurting Oliver. The story follows their battle against social services. Social services have to decide whether Oliver is at risk with his family. Instead of fostering him, they give him to Richard (the father’s) parents for a while until a decision is made.

I loved how I couldn’t really trust any of the characters. I was trying to work out what had happened and although I had some inklings of who had hurt Oliver, the author does throw some curve-balls along the way.

I found the plot quite fast-paced. I wanted to know what had happened and if I had more time, I probably would’ve devoured this book faster than I did. It was both exciting and controversial. This book doesn’t focus on the details of the incident with Oliver, but it does focus on how the characters react with one another due to the terrible incident. I found this particularly fascinating!