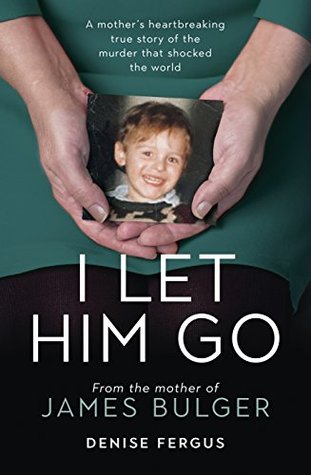 On 12th February 1993, Denise Fergus’ life changed forever. As she was running errands at New Strand Shopping Centre, she let go of her two-year-old son’s hand for a few seconds to take out her purse. Denise never saw her son again.

For the first time since that moment 25 years ago, Denise tells her extraordinary story in this heart-wrenching book, an unflinching account of that terrible day. What if she had never taken James shopping? What if she had turned right coming out of the butcher’s, instead of left? Denise’s initial hope after seeing her son on CCTV with other children quickly turned to devastation when, two days later, James’ body was found.

His death reverberated around the world and his killers became the youngest ever convicted murderers in UK legal history. Four minutes is all it took for them to lead James away from his mother to his death. Denise took up a tortuous legal battle for James, and it was her astonishing strength and love for her son that ultimately helped to change the way the law treats victims of crime.

This is a mother’s tale of finding a way through the despair to remember the happiness and wonderful memories that James brought his family. Above all, Denise doesn’t want her son to be remembered as a murdered child, and with this beautifully written book, she does just that.

This was an incredibly tough book to read. I wasn’t sure I wanted to read a book on such a sad subject, but I decided to give it go after reading some wonderful reviews. I Let Him Go is all about how Denise and her family coped after the brutal murder of her son, James Bulger. I’m not a mother, but this book completely broke my heart. I can’t even imagine the pain Denise and her family went through. It’s terrifying. It seriously is one of the most horrific crimes against a child in U.K history.

As you read Denise’s thoughts you realise that she doesn’t ever try to analyse the whys of the terrible crime. She never asks herself why the killers did what they did. Instead she focuses on what James was like in the short time he was in her life. She discusses her family and how they dealt with the terrible tragedy. I was blown away by her strength especially through her dealings with the legal system.

I haven’t read much about Denise before this book, but as I understand it a lot of false claims have been made about her. I liked reading her point of view on what happened. After all, Denise was there when James was taken away. I don’t think she’ll ever forgive herself for letting go of his hand but I love how she’s determined to keep his memory alive. The James she knew and loved. She didn’t concern herself with details about his murder.

Would I recommend it?:
Of course!- Obviously, this a tough read with very sad subject matter. It may not be for everyone.