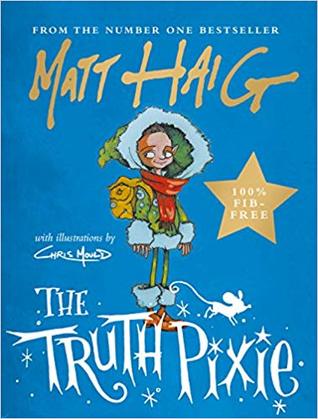 From number one bestselling author Matt Haig comes a hilarious and heartwarming story, brilliantly illustrated throughout by Chris Mould Wherever she is, whatever the day, She only has one kind of thing to say. Just as cats go miaow and cows go moo, The Truth Pixie can only say things that are true.

The Truth Pixie was one of the stand out characters in Matt Haig’s Christmas series, so I was super happy that she got a short story of her own. I wasn’t expecting this little book to be in verse, so that was a lovely surprise! It’s such a sweet, quick read centring around a pretty awesome character.

It’s a beautiful short story that centres around life very much being an up and down journey. I think it’s wonderful to read to young children and very charming to read if you’re an adult! 🙂

An awesome addition to the Christmas series from the superbly talented Matt Haig!