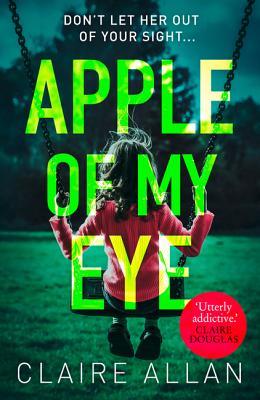 How did I get it?:
NetGalley- thanks to Avon Books UK

Just how far is a mother willing to go?

When a mysterious note arrives for six months pregnant Dr Eliana Hughes, she begins to doubt every aspect of her life – from her mixed feelings about motherhood to her marriage to Martin, who has become distant in recent months.

As the person behind the note escalates their campaign to out Eli’s husband as a cheat, she finds herself unable to trust even her own instincts, and as pressure builds, she makes a mistake that jeopardises her entire future.

Elsewhere, someone is watching. Someone who desperately wants a baby to call their own and will go to any lengths to become a mother – and stay a mother…

This book is going to be ever so tricky to review, because it’s one where you don’t want to reveal too much about it before someone reads it. It’s definitely one to go into without knowing a lot about the plot. Trust me, you’ll find yourself fully immersed in this story before long. It’s fantastic.

Apple Of My Eye centres around Eliana who is seven months pregnant. Eliana is still suffering from horrendous sickness and she’s terrified that she’s not going to bond with her baby. She’s married to Martin and believes they have a happy marriage, until she starts receiving anonymous letters telling her that Martin is cheating on her. Eliana is close to her mother Angela. Angela is determined to protect her daughter no matter what. We also hear from a character Louise. We don’t really ever find out much about Louise but soon the story starts to come together. Eliana has to take maternity leave when an incident at the hospice she works at occurs. Life is become very intense for Eli…

That’s all I can really say without revealing what happens in this story. I really don’t want to ruin it for any potential reader. What I will say is, if you like your thrillers to be incredibly dark and twisted, then this might be one for you. I couldn’t believe how twisted some of it was. I have to admit, that I did guess a part of the twist, but I didn’t guess it too soon and it in no way affected my enjoyment as a whole. Apple Of My Eye is superbly written and so worth reading.

An incredibly tense read. I couldn’t put it down!