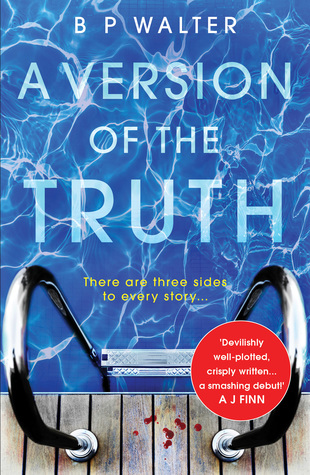 How did I get it?:
NetGalley- thanks to Avon Books

2019: Julianne is preparing a family dinner when her son comes to her and says he’s found something on his iPad. Something so terrible, it will turn Julianne’s world into a nightmare and make her question everything about her marriage and what type of man her husband is or is pretending to be.

1990: Holly is a fresher student at Oxford University. Out of her depth and nervous about her surroundings, she falls into an uneasy friendship with a group of older students from the upper echelons of society and begins to develop feelings for one in particular. He’s confident, quiet, attractive and seems to like her too. But as the year progresses, her friends’ behaviour grows steadily more disconcerting and Holly begins to realise she might just be a disposable pawn in a very sinister game.

A devastating secret has simmered beneath the surface for over twenty-five years. Now it’s time to discover the truth. But what if you’re afraid of what you might find?

I didn’t know much about this book before I picked it up. The synopsis sold it for me, so I took up the opportunity to read it. I meant to have finished it way before now, but unfortunately work was incredibly hectic, so I couldn’t get this book out as anticipated on its release day. I’m always up for discovering new authors, especially debut authors. There’s no denying that this book is well written. I just found it to be very intense.

It centres around Julianne who is preparing dinner when her son Stephen comes to tell her that he’s found something awful. He was on the home computer when he found something among his dad’s files. Julianne is nervous to see exactly what it was. After she sees it, she realises life won’t be the same again. Her marriage starts to unravel as a secret from the past comes back to haunt them.

What I liked about this book was that it was told in a dual narrative that really worked. We heard from 1991 and the current 2019. Julianne’s story was told alongside Holly. Both girls were students at Oxford University. They weren’t particularly good friends, but they knew of each other and both wanted to keep something that happened back in 2019.

I would warn that there is some incredibly sensitive content within its pages. There’s rape and homophobia to name a few themes. Yet, there’s something about this book that keeps you turning its pages. I found it incredibly difficult to read at points. It also used some quite strong language that always makes me cringe. The writer deals with these subjects incredibly well and creates a story that’s quite the page turner!

Worth a read! Just beware of the subject matter!

8 thoughts on “A Version Of The Truth”