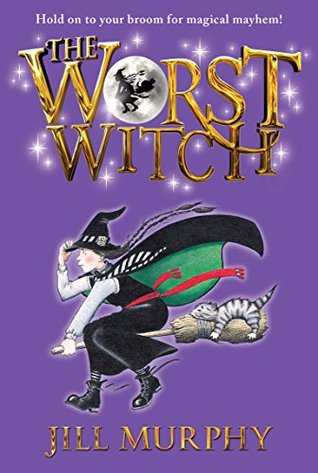 Mildred Hubble is starting her first year at Miss Cackle’s Academy for Witches—and making a mess of it! She can’t ride her broomstick without crashing, she’s always getting her spells mixed up, and worst of all, the teacher’s pet, Ethel, has just become her sworn enemy.

I read a few books in this series when I was younger. I remember really enjoying it and I have quite a few children in my current class who read this series. I love that it is still appealing to young children now. I think it’s because it’s harmless, magical fun with a great heroine.

Mildred Hubble really wants to be a good witch, however, she can’t stop getting into trouble. Her spells are often unsuccessful no matter how hard she tries. I love this about Mildred. God knows children don’t need to read about perfect characters. They need to read about heroines that have relatable character traits and I believe Jill Murphy does that with Mildred. I love Mildred’s friends and foe (Ethel is a wonderfully awful character!) I think there’s a lot to love in a gentle book about witches.

I think this book is a perfect read for those children not quite ready for Harry Potter yet. It’s the perfect gateway book in my opinion!

Next up in the Beth and Chrissi do Kid-Lit Challenge:
The Christmasaurus- Tom Fletcher 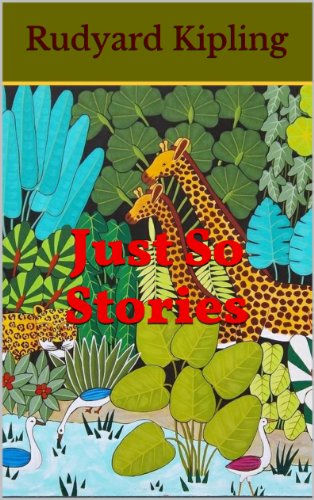 The stories, first published in 1902, are pourquoi (French for “why”) or origin stories, fantastic accounts of how various phenomena came about. A forerunner of these stories is Kipling’s “How Fear Came,” included in his The Second Jungle Book (1895). In it, Mowgli hears the story of how the tiger got his stripes.

The Just So Stories typically have the theme of a particular animal being modified from an original form to its current form by the acts of man, or some magical being. For example, the Whale has a tiny throat because he swallowed a mariner, who tied a raft inside to block the whale from swallowing other men. The Camel has a hump given to him by a djinn as punishment for the camel’s refusing to work (the hump allows the camel to work longer between times of eating). The Leopard’s spots were painted by an Ethiopian (after the Ethiopian painted himself black). The Kangaroo gets its powerful hind legs, long tail, and hopping gait after being chased all day by a dingo, sent by a minor god responding to the Kangaroo’s request to be made different from all other animals.

I had dipped in and out of Just So stories being a primary school teacher. I’ve had to use some of them before. Whilst I can appreciate that they’re charming and classic, there’s something that just doesn’t sit right with me about them. I don’t find them inspiring to teach or to read. I know that’s probably sacrilege, but that’s how I feel and I pride myself on being honest on this blog. Don’t get me wrong, I can totally appreciate that Rudyard Kipling was a talented writer and I do think he deserves his place in literature. It’s just that this collection of stories doesn’t work for me.

I loved that the stories involved animals. That’s always a winning formula for me. I also liked how the stories had a mix of magic, legend and mythical elements. They were fairy tale-esque and that’s something I always appreciate. The stories explain things like how the alphabet was invented to its audience. I assume it’s directed at children. The narrator of the story often speaks to the reader. I sometimes found this a little disjointing, but it was something that I got used to.

The stories are sweet and I can imagine many enjoy them. They just didn’t capture my heart.

For Beth’s wonderful review, check out her blog HERE.

Next up in the Beth and Chrissi Do Kid-Lit Challenge:
The Worst Witch- Jill Murphy

I thought I’d share some children’s books that I’ve recently purchased. I’ve been working on my first Master’s assignment this half term holiday so I’ve needed to balance my school work with my Master’s work. It’s a struggle, let me tell you. It might be clear now why I’m quite absent on this blog, but I’m trying to be here when I can.

I’m currently planning a PSHE (personal, social, health education) unit around sustainability. Me being me, I’ve decided to use some books as hooks for the start of the lesson. I’m excited about them, so wanted to share them! 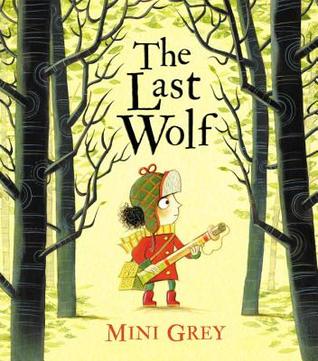 This is an adorable story of Little Red Riding Hood gone green. As in environmental friendly and aware. She goes off to hunt a wolf and realises there’s only one left. She finds out more about the animals situation and does what she can to save them. I’m going to use this book in one of our first lessons. 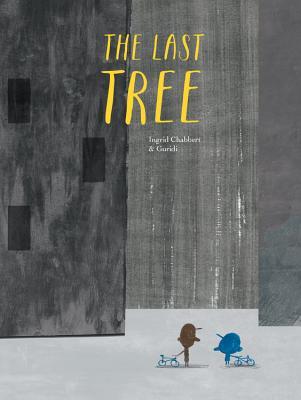 Another beautiful picture book. This one revolves around a boy who has a discussion with his dad about what his dad’s childhood was like. The boy realises that the environment has changed significantly. When there’s a plan to build a new set of houses, the boy digs up and replants the tree.

The next two books are about plastic pollution and I’ll use them in lessons where we come up with alternatives for plastic. 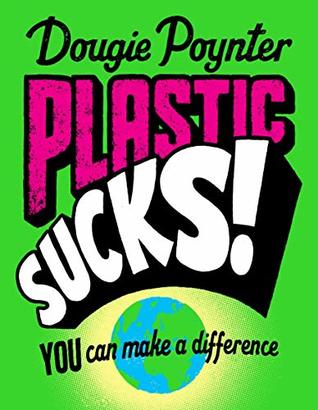 I’m planning to use sections of this book to help them with ideas of how they can make a difference.

Again, I aim to use parts of this book, even though I’m sure they’re going to want me to read it all at some point!

It’s been fun to put this post together! 🙂 I hope to do more of its kind in the future. 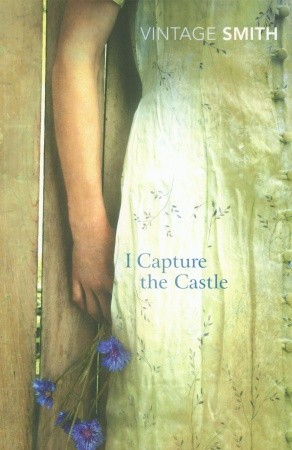 ‘I write this sitting in the kitchen sink’ is the first line of this timeless, witty and enchanting novel about growing up. Cassandra Mortmain lives with her bohemian and impoverished family in a crumbling castle in the middle of nowhere. Her journal records her life with her beautiful, bored sister, Rose, her fadingly glamorous stepmother, Topaz, her little brother Thomas and her eccentric novelist father who suffers from a financially crippling writer’s block. However, all their lives are turned upside down when the American heirs to the castle arrive and Cassandra finds herself falling in love for the first time…

I had been meaning to read this book for such a long time, so I was pleased when it was picked for our kid-lit challenge. It centres around Cassandra, who lives in a crumbling castle with her sister, stepmother and little brother. There’s also Stephen, the orphaned child of a former servant who lives with the family. Cassandra’s father had written a highly successful book, but since has had severe writer’s block. Cassandra’s father hasn’t done much since releasing his first book. He leases the castle, but is not overly successful in his working life. Through Cassandra’s journal, we learn about family events.

The family are fascinating to follow. Cassandra is an easy character to like. I immediately was invested in their story, eager to know what was going to happen to them. I think Dodie Smith’s writing stands the test of time. It’s still very readable.

I don’t know if it’s something about classics but I never seem to get as stuck into them as I want to. They don’t grip me as much as I like. I think it’s the slower pace to them. I’m really interested to see what Beth made of it. It certainly had that Pride and Prejudice vibe that I know she’ll enjoy.

Reading next for the Beth and Chrissi Do Kid-Lit Challenge:
Just So- Rudyard Kipling

How did I get it?:
Received for the blog tour!

What would you do if you had one day with magical powers? This fun, bouncy read captures the imagination, and demonstrates the power of courage and self-belief. Inclusive book for early school aged children. Message for everyone.

This book is SO cute. It’s a short and snappy story with rhyme that explores the inner power that children have. In the story, the children are told by their teacher that there’s magical sunglasses that will help them face their fears. The children all try them on and face their fears. Little do they know that they actually have the magic within them. It’s such a sweet story.

I can imagine that the younger range of primary school children would really enjoy this book. I’ll definitely pass it onto the infant school teachers in my school. I think 4-7 year olds would thoroughly enjoy the short, rhyming story. The illustrations are bright and colourful and it’s such an engaging story!

How did I get it?:
I received it for the blog tour!

Sarah works at the animal shelter, and Tigger is a rescue cat there. Sarah wants to take him home to live with her and her family. Will she be allowed to? He could get up to all sorts, with the other cats. Harley, Midnight and Pumpkin. Tigger is a real little character and loves having fun. Come and join him and his friends, and see what they get up to.

How would I use this book in the classroom?:

How did I get it?:
Sent to me for the blog tour. This does not affect my opinion of the book!

Can you imagine being almost invisible? Well, that’s exactly what Gecko felt he was, so decided to set out on an adventure to find some new friends like him. Join Gecko on his journey and you will be amazed at the fantastic creatures he meets. Have fun trying to find them in this magical story.

I was asked to review this sweet book and I jumped at the chance to explore a new picture book. I’m a primary (elementary) school teacher so I’m always looking out for new picture books. I’m also keen to try authors that aren’t as well known as you can find some real gems.

Invisible Us is a story about a Gecko who doesn’t seem to fit in because he was camouflaged by his habitat. Gecko goes on an adventure and finds other animals that are also ‘invisible’ because of where they live. I loved the story of friendship and how even though the animals looked different, they had something in common. What a lovely message for young children.

Unfortunately, it being the start of the school year, I didn’t have the opportunity to share this book with the children as we’ve been super busy. I am going to take it into school for them to enjoy. There’s so much to look at with the lovely illustrations so I’m sure it’s going to be a book they’ll enjoy!

A super sweet story about friendship! Perfect for 4-7 year olds.