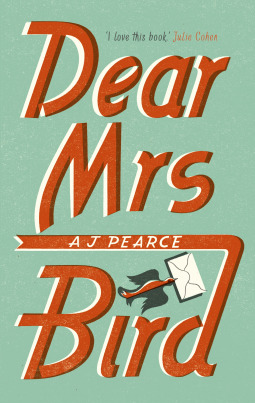 London, 1940. Emmeline Lake is Doing Her Bit for the war effort, volunteering as a telephone operator with the Auxiliary Fire Services. When Emmy sees an advertisement for a job at the London Evening Chronicle, her dreams of becoming a Lady War Correspondent suddenly seem achievable. But the job turns out to be working as a typist for the fierce and renowned advice columnist, Henrietta Bird. Emmy is disappointed, but gamely bucks up and buckles down.

Mrs. Bird is very clear: letters containing any Unpleasantness must go straight in the bin. But when Emmy reads poignant notes from women who may have Gone Too Far with the wrong men, or who can’t bear to let their children be evacuated, she is unable to resist responding. As the German planes make their nightly raids, and London picks up the smoldering pieces each morning, Emmy secretly begins to write back to the readers who have poured out their troubles.

CHRISSI: We all know now that you’re a cover judger. (Tee hee!) What were your first impressions of this book?

BETH: Sssh, that’s a secret! Oh well, you’re right, everyone probably knows by now. To be honest, with Dear Mrs Bird, I didn’t really have any impressions of the cover, positive or negative. I thought it was an okay cover, remarkably inoffensive but something that didn’t give away much about the contents of the novel (which can both a good and bad thing!) or stands out in any way. Luckily, I had heard good things about it from my fellow bloggers and had some vague idea about the arc of the story so I was looking forward to reading it.

BETH: Author AJ Pearce incorporates charmingly old-fashioned expressions to help convey a sense of the time period. What were some of your favourite terms? Did the language help your understanding of the era and the characters’ personalities?

CHRISSI: My impression of the book was indeed that it was charmingly old-fashioned. It was awfully British. I loved how Mrs Bird described anything ‘naughty’ in the letters as ‘unpleasantness.’ I also loved the use of the word ‘jolly’ too. We don’t use jolly enough. I’m going to make it my mission to bring it back. I liked it said someone was ‘awfully lucky.’ There was a lot of ‘awfully’! Two of my favourites were ‘Right-o!’ and ‘Crikey!’ It definitely gave me a sense of the era and of the characters’ personalities.

CHRISSI: One of the major themes of the novel is friendship. Discuss Emmy and Bunty’s relationship, and all the ways they support and encourage each other over the course of the novel.

BETH: I do love a strong female friendship in a novel, especially one like Emmy and Bunty’s where they are so close that they literally become part of each other’s family. I think both girls needed the other one in their lives for strong support, humour and to confide in during the tough and dangerous times that they are living in. This is particularly evident when a crack forms in the relationship and the two girls are almost lost without the other to lean on.

BETH: Did you have a favourite character in this novel and why?

CHRISSI: I did have a favourite character. I did enjoy the friendship between Emmy and Bunty, but I have to say I liked Emmy more. I thought she was a very easy character to like. I was rooting for her throughout the story. I really wanted her to do well.

CHRISSI: Did you enjoy the pace of the story? Was it ever too slow/fast for you?

BETH: I did enjoy the pace. It wasn’t particularly action-packed and exciting but I don’t think that’s what the author intended it to be. It was about very ordinary characters doing extraordinary deeds and displaying huge amounts of resilience when placed in war-torn London and having their lives put at risk every single day. At some points it did feel slightly too “jolly hockey sticks,” and “British stiff upper lip,” but at the same time, I really enjoyed the quintessential and classic British-ness of it all.

BETH: Do you think Emmy was right to confront William after he rescued the two children? Was his reaction warranted?

CHRISSI: I could see it from both Emmy and William’s point of view. Emmy was worried about William losing his life and wondered how her good friend Bunty would deal with that if it happened. William was purely doing his job though so I can totally see why it got his back up.

CHRISSI: If you were to put this book into a genre, which one would you put it in?

BETH: I think I would put it in historical fiction, purely for the World War II aspect, the emotional accounts of the bombings and the brave efforts of so many volunteers to keep London and its inhabitants safe each night.

CHRISSI: Yes, I liked the author’s rather gentle writing style!

I am just starting this book to read for my feature with my sister, Beth. I think it’s going to be a good one! 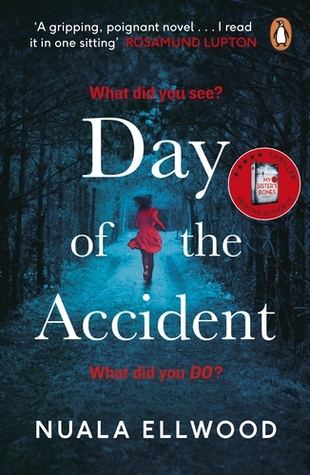 I thought this was a gripping thriller! My review will be out towards the end of the month!

I’m going to try and get around to this book! I should have read it a while ago! Eek.