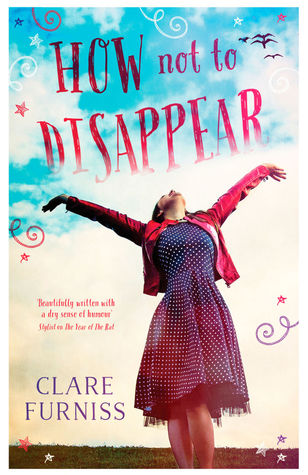 How did I get it?:
I won a copy during the British Books Challenge

Previously reviewed by the same author:
The Year Of The Rat

Hattie’s summer isn’t going as planned. Her two best friends have abandoned her: Reuben has run off to Europe to “find himself” and Kat’s in Edinburgh with her new girlfriend. Meanwhile Hattie is stuck babysitting her twin siblings and dealing with endless drama around her mum’s wedding.

Then Gloria, Hattie’s great-aunt who no one previously knew even existed comes crashing into her life. Gloria’s fiercely independent, rather too fond of a gin sling and is in the early stages of dementia.

Together the two of them set out on a road trip of self-discovery – Gloria to finally confront the secrets of her past before they are wiped from her memory forever and Hattie to face the hard choices that will determine her future.

After enjoying The Year Of The Rat by Clare Furniss, I was excited to get my hands on a copy of her second book, How Not To Disappear. I thought this was a fantastic book. It had some real heart-breaking moments and moments which made me stop and reflect.

How Not To Disappear tells the story of two characters with two perspectives. We hear from Hattie, who is a pregnant teenager and her great-aunt Gloria. Gloria is in the early stages of dementia. Hattie hears about her estranged great-aunt from one of Gloria’s neighbours. She takes it upon herself to visit Gloria and finds herself bonding with Gloria. Gloria recalls her past and in doing so, takes Hattie on a journey which will help her in the future.

I really enjoyed Gloria and Hattie’s characters. I loved seeing their relationship grow over time. They both had their problems/secrets and it was heart-warming to see them come together and support one another. I was captivated by their stories and loved following them on their road trip. Dual narration doesn’t always work for me, but with How Not To Disappear I found it very refreshing. It helped me to get to know the characters deeply which I appreciated.

It’s refreshing to see tough subject matter like dementia written about in YA literature. It was really upsetting to read at times, with some incredibly poignant moments, but I feel like it was handled with care and sensitivity. Clare’s writing really made me feel for both Gloria, Hattie and anyone that has had to suffer at the hands of his disease, be it the person themselves or the family members.

I’m excited to read Alice Oseman’s new book, after enjoying her debut novel. This book looks like an intriguing read! 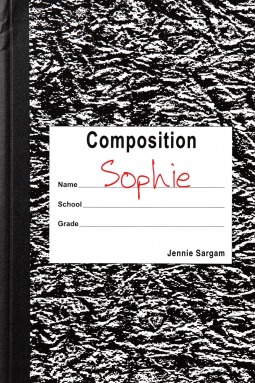 I was pulled into looking at this book by its plain cover. It caught my eye and the synopsis sounds intriguing! We’ll see…. 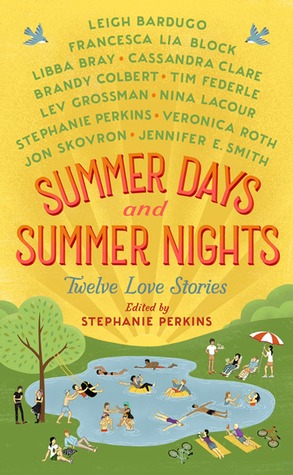 I’m expecting a mix of good/weird/bad in this book as I’m sure I won’t like all of the stories, much like the last anthology that I read edited by Stephanie Perkins (My True Love Gave To Me) I’m looking forward to dipping into it though.

I have seen this graphic novel around everywhere! It’s been recommended by so many of my favourite bloggers that I felt compelled to get my hands on a copy!

Won from The British Books Challenge

I’m so excited to read this book! I was thrilled to win it!

What have you added to your shelves this week? Feel free to leave a link to your haul and I’ll stop by! Happy Reading 😀

My good friend Luna at Luna’s Little Library recommended some awesome books for me. Each month of 2014 she gave me a selection of choices out of her collection of books. I picked one and then I left it to readers to decide my next read. Here are the books that I reviewed over the year.

May brought me the first book that I didn’t agree with Luna with. That is Riot. Please check out my review if you’re interested in why I didn’t enjoy it as much. You’ll find a link there to Luna’s review so you can read a differing opinion.

As you can see, I had an amazing year with the books Luna recommended! I have found some authors that I will certainly looking out for in the future. Luna’s Picks will return again, but not this year as both Luna and I are incredibly busy! Thanks once again to Luna for providing this wonderful feature for me!

Grappling with grief is hard enough without repeat visits from the deceased. Pearl deals with death, life, and family in this haunting, humorous, and poignant debut.

The world can tip at any moment…a fact that fifteen-year-old Pearl is all too aware of when her mom dies after giving birth to her baby sister, Rose.

Rose, who looks exactly like a baby rat, all pink, wrinkled, and writhing. This little Rat has destroyed everything, even ruined the wonderful relationship that Pearl had with her stepfather, the Rat’s biological father.

Told across the year following her mother’s death, Pearl’s story is full of bittersweet humor and heartbreaking honesty about how you deal with grief that cuts you to the bone, as she tries not only to come to terms with losing her mother, but also the fact that her sister—The Rat—is a constant reminder of why her mom is no longer around.

I haven’t really read a book that I adored for quite a while now, so I was apprehensive to go into reading The Year Of The Rat. There was no need to be. I absolutely loved this touching and thought-provoking read.

The Year Of The Rat follows fifteen year old Pearl. Pearl’s mother dies unexpectedly, after becoming unwell soon after delivering Pearl’s 2 month premature sister Rose. Pearl believes that if it wasn’t for her sister Rose, then her mother would still be alive. Pearl nicknames her sister The Rat as she believes she resembles a rat, rather than the gorgeous, cherub baby that she was expecting. Pearl feels like she’s lost everything. She’s lost her mother, and her father is spending time at the hospital with her little sister. Pearl also feels isolated from the family, as the man she calls her dad, isn’t actually her biological father.

Pearl begins to see and have conversations with her mother, and it is through these conversations that Pearl slowly begins to heal. The Year Of The Rat follows the first year of Pearl’s life without her mother. It beautifully deals with grief, the past and how life can change dramatically.

I think this book is such a powerful read, especially for those that have experienced losing a close family relative. It’s definitely a story that benefits from having such memorable characters. Pearl isn’t easy to like, yet it’s easy to understand why she acts the way she does. Pearl has to learn at a young age how to live without her mother. She also has to deal with her feelings about her non-biological father. On top of that, there’s The Rat. The Rat that she can’t welcome into the family with open arms, because of what happened to her mother. Pearl distances herself from her friend Molly, because she feels like Molly is more concerned with her new boyfriend Ravi, then being there for Pearl. (Even though, we see as readers that this isn’t the case) So whilst she may take some warming to, Pearl was ultimately realistic.

I was touched by this debut novel by Clare Furniss. I thought it was emotional, thought-provoking and real.