Top Ten Tuesday is hosted by the wonderful The Broke and The Bookish. This week’s list is a cover freebie. I love a beautiful cover, especially when it screams contemporary/spring/summer! So here are some of my favourites!

I won’t say anything about these books, I’ll just let you revel in their beauty. However, if you are interested in these books, click the book image to get to Goodreads! 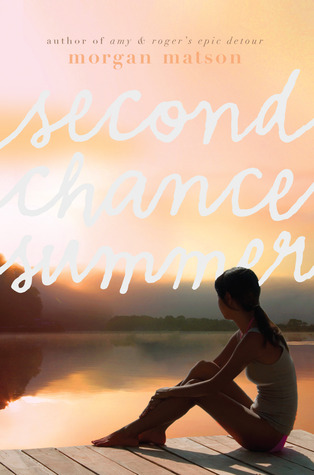 The Unexpected Everything- Morgan Matson 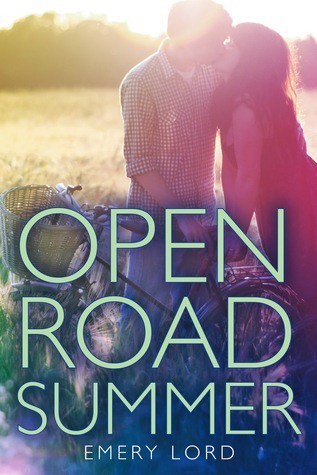 The Start Of Me and You- Emery Lord

The Summer I Found You- Jolene Perry 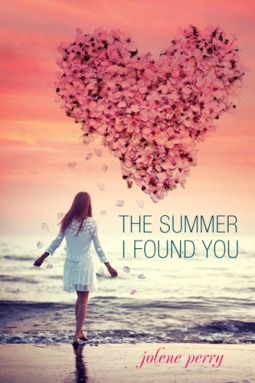 My Life Next Door- Huntley Fitzpatrick

The Distance Between Us- Kasie West

On The Fence- Kasie West 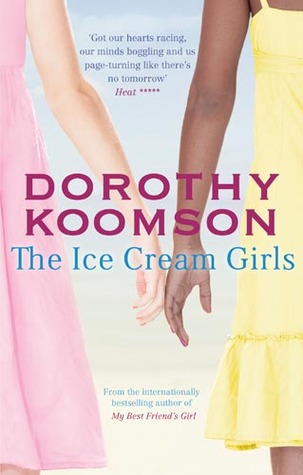 What did you do for your cover freebie? Feel free to leave a link to your post and I’ll stop by!

Top Ten Tuesday is hosted by the lovely The Broke and The Bookish. Each week they come up with a list for us to complete. This week it is Top Ten Books I Really Want To Read But Don’t Own Yet.

Given my TBR pile and wish list I could probably make a top 50 or beyond list! But I’ve limited it to ten that will definitely be in my possession ASAP!

Click the book image to go to the Goodreads page for the book!

Night School– C.J Daugherty– I have heard so many wonderful things about this series. I really need to get my hands on it!

Truly Madly Deadly– Hannah Jayne– This book has been on my wish list for a long time, but for some reason I haven’t got to it yet!

Love and Other Foreign Words– Erin McCahan– I’m hoping to get this book soon! I’ve seen it positively reviewed by a lot of bloggers/vloggers that I follow!

The Incorrigible Children of Ashton Place- The Mysterious Howling– Maryrose Wood– This series just really appeals to me, for some reason. I think it would be fun!

Across The Universe– Beth Revis– I’m very intrigued by this series, so I hope to eventually get around to reading it!

Evidence of Things Not Seen– Lindsey Lane– This is a 2014 debut that I’m very excited to get my hands on. I think it could be quite original!

Trust Me, I’m Lying– Mary Elizabeth Summer- Another 2014 debut that I can’t wait to read. Love the title, love the cover, hopefully I’ll love the book!

What I Thought Was True– Huntley Fitzpatrick– I’ve seen mixed reviews for this book, so of course, I want to make up my own mind!

And We Stay- Jenny Hubbard– I’ve been recommended this book a few times now. It seems extremely dark, but like it’ll be an intense, interesting read as well.

So what books do you want to read that you don’t yet own? Please feel free to leave your link to your posts and I’ll stop by. I feel like this week my TBR is going to GROW!

“One thing my mother never knew, and would disapprove of most of all, was that I watched the Garretts. All the time.”

The Garretts are everything the Reeds are not. Loud, messy, affectionate. And every day from her rooftop perch, Samantha Reed wishes she was one of them . . . until one summer evening, Jase Garrett climbs up next to her and changes everything.

As the two fall fiercely for each other, stumbling through the awkwardness and awesomeness of first love, Jase’s family embraces Samantha – even as she keeps him a secret from her own. Then something unthinkable happens, and the bottom drops out of Samantha’s world. She’s suddenly faced with an impossible decision. Which perfect family will save her? Or is it time she saved herself?

A transporting debut about family, friendship, first romance, and how to be true to one person you love without betraying another.

I’ve heard so much about My Life Next Door, that I was happy to finally check it out this month. I thought it was a cute read, but I’m not sure that it’s one that I would revisit. There’s certainly nothing wrong with the writing. It’s enjoyable, but I think I was looking for something more. I think this is mainly down to the hype surrounding it. I’d seen it on so many people’s Top Ten lists, so I was ready to be blown away, and instead I just thought it was okay.

My Life Next Door is cute. The relationship between Sam and Jase is believable. Jase is a fantastic male character for a Young Adult contemporary romance. He’s one of the good guys. I liked that he wasn’t a clichéd bad boy that was turned good. That’s all too common in Young Adult reads. I can really see why readers do love this book. There are some swoon-worthy moments which I think fans of contemporary romance will really enjoy. I definitely rooted for Sam and Jase’s relationship. They’re very real.

I think one of the reasons why I didn’t enjoy this book as much as I wanted to, was Sam’s mother. She’s an incredibly irritating character. I just wanted Sam to stand up to her. She took so much flack from her mother. If she had really stood up to her mother then I think I would’ve given this book four stars. I understand it’s hard to stand up to a parent, but would someone really take as much crap from their parents as Sam did? However, I did really like the contrast between Sam’s mother and Jase’s family. Perhaps if Sam’s mother wouldn’t have been so damn annoying, I wouldn’t have had such a soft spot for Jase’s family.

I really wanted to rave about My Life Next Door, but for me, I was irritated too much by one character, and couldn’t get past that. I felt like there wasn’t enough to hold my interest within the story, and the romance, however cute it was, built up too fast. I like some anticipation. But there are some fantastic elements within the story, so I would still recommend it to fans of contemporary romance or those that are looking for a decent beach read.

Reading next:
The Accidental Life of Jessie Jefferson- Paige Toon

As ever, click on the book image to get to its Goodread’s page!

I’m quite happy to say that I bought all of these books for a reason, they weren’t just impulse buys! I bought My Life Next Door and Everneath as they were in my list of top ten books I wanted for Christmas. It meant that I really wanted to read them. Everneath is also on my list of series that I want to read in 2014, as is Reached. I bought Boys Don’t Knit, Weirdos vs Quimboids and Pop! as they could be part of my new feature where my friend Luna picks a book or two for me to read a month. I’m doing this because she recommended such awesome reads last year. She gave me a list… and I ended up buying them all. Oops!

My phone network does Priority Moments where you can get some free things. I noticed an offer for a Richard and Judy Spring Reads 2014. I participate in this book club, so I jumped at the chance to get a free book. I picked up a book and my friend with the same phone network got one for me too. Bonus!

What have you added to your shelves this week? Please feel free to leave a link and I’ll come and visit you!

Top Ten Tuesday is a weekly meme hosted by The Broke and The Bookish. Each week a new list is posted for us to complete. This week’s list is the Top Ten Books I Wouldn’t Mind Santa Bringing Me. Now, this could easily be a very, very long list. I have far too many books on my TBR list. Here are a selection of the books I’d love (and I’m probably going to buy very soon if I don’t get them 😉 )

Thirteen Reasons Why– Jay Asher– This has been on my TBR pile for so long, I think it’s time I get around to reading it! I’ve seen it on loads of Top Ten lists and I’m intrigued!

Anna and The French Kiss– Stephanie Perkins- Another one that I’ve seen on numerous lists every Tuesday. It’s got to be so widely blogged about for a reason?

Everneath– Brodi Ashton- I have to admit, the initial reason to being drawn to this series were the beautiful covers. I’ve heard great things about them too. So I’m looking forward to starting this series.

Truly Madly Deadly- Hannah Jayne- Intrigued by this book. I want to read it myself and form my opinion!

Picture Me Gone- Meg Rosoff- I’ve been after this book for a while now.. Please, Santa?

Me Before You– Jojo Moyes- I’ve read and loved this book, but I want my own paperback copy. I read it on my Kindle.

Bittersweet– Sarah Ockler- I loved Twenty Boy Summer and want to read more from this author!

What are you asking Santa for? Please feel free to leave your links to your Top Ten posts and I’ll stop by your blogs! Happy Christmas everyone!