Welcome to the 60th edition of Banned Books! Wow. 60! This month we read Arming America: The Origin Of A National Gun Culture. 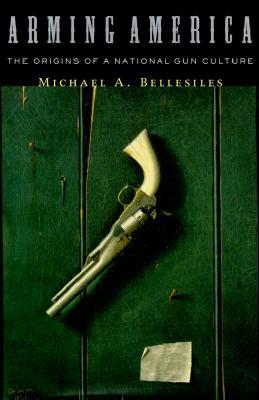 In the Top Ten most frequently challenged books in 2003 (source)

BETH: Full disclosure time – I haven’t had a chance to finish this book. To be perfectly honest, I did give it a shot and found it so dry and difficult to read. Additionally, even if I was reading this off my own back and not for our Banned Books Challenge I would have still DNF’d it halfway through the first chapter. I have however done a little bit of research on this book as I was still intrigued to find out why exactly it was banned. Like all of our banned books I go into it blind without finding out the reasons for challenging but you always have preconceptions about these kinds of things and initially I was certain it was going to be because of the mention of guns and potentially, violence.

Once again I was completely wrong – the actual reason is inaccuracy which has to be one of the most curious arguments I’ve heard yet for challenging a book and definitely made me want to find out more! Of course, inaccuracy in a work of non-fiction is never a good thing, especially when you’re writing information for your reader that they presume to be entirely factual. As I’m not an expert on this field though, I’d hesitate to offer my opinion on the matter.

CHRISSI: I have to admit, like Beth did, I didn’t read all of this book. It was a beast of a book at over 600 pages long. I was really confused to find out the reason why it was banned was inaccuracy? What? I thought it would be because it was violent subject matter. Very confusing. If you’ve read this book all the way through, please tell us if there’s something that we’re missing?

BETH: The uproar behind the publication of this book appears to centre around parts of the author’s research being completely fabricated. It certainly has one of the lowest readings I’ve ever seen on Goodreads – 2.89 which made me slightly concerned to read it before I had even begun, I have to admit. It seems that the original Bancroft Prize which was awarded to this book was taken away, the first time in the prize’s history that it has been revoked and Bellesiles had to resign from his post at Emory University after “blistering criticism by a blue-ribbon panel.” The edition of Arming America I read had a new introduction by the author where he offered explanations behind his research in the original edition and that he had made changes in this edition where necessary. As I mentioned before, I’m not an expert in this field so can’t possibly comment on what he did or didn’t do wrong but I could understand readers becoming angry if they felt they were misled or in receipt of false information. For further information, I found this article quite interesting: http://hnn.us/articles/1185.html

CHRISSI: I can understand why this book has been banned if there was stuff in it that is fabricated and that could cause more damage. I doubt anyone wants untruths out there in a work of non-fiction. So although I don’t think inaccuracies is a good enough reason to ban a book, I can see why they did?

BETH: I’m afraid this book just wasn’t for me. I have quite strong opinions on guns anyway as a pacifist, but do respect other people’s points of view if they differ from my own. I’m a fan of non-fiction generally but sitting down with this book unfortunately felt like a chore rather than a pleasure. It’s a shame to say that I was quite relieved to make the decision to DNF it.

CHRISSI: Like Beth, this book wasn’t for me. I wasn’t impressed with the writing and it didn’t grip me like I wanted it to. The size of the book was intimidating and I found the writing was rather dry for my liking.

Here are 2019’s books that Beth and I will be reading for our Banned Books feature that has been running since July 2014!

I am looking forward to reading these books and exploring/discussing the reasons why they’re challenged! Here’s to another year of Banned Books!