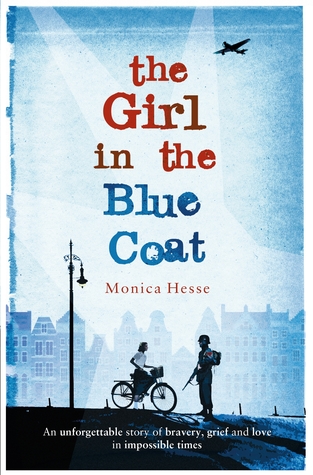 An unforgettable story of bravery, grief, and love in impossible times

The missing girl is Jewish. I need you to find her before the Nazis do.

Amsterdam, 1943. Hanneke spends her days procuring and delivering sought-after black market goods to paying customers, her nights hiding the true nature of her work from her concerned parents, and every waking moment mourning her boyfriend, who was killed on the Dutch front lines when the Germans invaded. She likes to think of her illegal work as a small act of rebellion.

On a routine delivery, a client asks Hanneke for help. Expecting to hear that Mrs. Janssen wants meat or kerosene, Hanneke is shocked by the older woman’s frantic plea to find a person–a Jewish teenager Mrs. Janssen had been hiding, who has vanished without a trace from a secret room. Hanneke initially wants nothing to do with such dangerous work, but is ultimately drawn into a web of mysteries and stunning revelations that lead her into the heart of the resistance, open her eyes to the horrors of the Nazi war machine, and compel her to take desperate action.

There’s something about World War II books that really intrigue me. I find them so desperately sad, but at the same time I love to read about that time period, especially when delivered in a sensitive yet believable manner. These books always tug at my heart-strings and this book really was no exception.

The Girl In The Blue Coat follows our protagonist Hanneke. Hanneke has experienced great loss as she has lost her boyfriend who was a soldier during the German invasion of Amsterdam. Hanneke feels guilty because she convinced him to enlist. Hanneke feels empty without her first love so she throws herself into supporting her family. Hanneke begins to work in the black market, getting items for her neighbours and selling them on. As the story progresses, Hanneke becomes a part of the Resistance, beginning to help others and alongside this Hanneke begins a search for a girl in the blue coat (a young Jewish girl that a neightbour was hiding!)

Hanneke is such a great character. I loved reading about her because she was so headstrong. I really liked that there wasn’t anything stand out about Hanneke. She could easily have been anyone. That’s what makes her such a special character. She’s ordinary, yet does incredibly brave things for others. There are fascinating characters throughout which makes The Girl In The Blue Coat a pleasure to read.

Monica Hesse has clearly done her research when it comes to subject matter. Everything was so realistic and I feel like she captured the time period perfectly.

A well researched, thought out YA historical read!